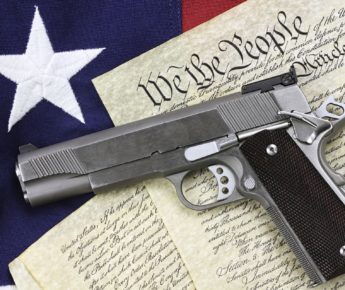 by ambyrne
Feb 18
2018
OpinionLet’s stop pretending its about rights, its about money

This week saw yet another mass shooting in the United States, and like so many before, this one was committed in a school by someone who should have no business owning a gun, let alone an assault rifle capable of so much death and destruction, and yet this is the USA of today. Guns have transcended being just a right for people, they’ve become a way of life. Normally, if you read my posts, I tend to avoid politics and current events tending more towards science and technology, but this is something that needs to be talked about. It may sound strange, and i may even get some push back from people, that I comment on this topic not being a US citizen or even living in the country, but perhaps external attention may help get the law makers there to see that the world is looking at them with disbelief. 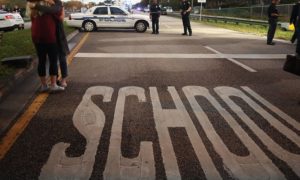 Why do so many shootings involve schools

So once again the news brings us the story of a loner type with a history of trouble with the law who manages to, seemingly with ease, pass a background check at the age of only 19 and purchase a semi-automatic AR-15 assault rifle, head into a school and murder 17 people, mostly kids. Within hours we had the politicians and law makers doing their usual response of ‘now is not the time to politicize this topic’ as well as the always popular, ‘now is not the time to discuss people’s 2nd amendment rights’. Both of these statements, which are usually uttered by people who have previously had support from the NRA and other gun lobby groups are both well crafted and at the same time hugely cowardly.

Let’s take the idea that a tragedy is not the time to make an issue a political matter. To a certain point, I agree. In fact, I couldn’t agree more, it’s not the time for politicians to score points over each other, boost their own careers, or get one up on the other party, as this would be disrespectful of the people suffering, and yet this statement is not used to illustrate this idea or these sentiments, in truth its used to get a head of the other side. First to press gets the upper hand in other words. If I say, now is not the time to be political and the opposing view says anything I can accuse them if being politically motivated and not taking into account the victims during a tragedy. This is one of those clever, ‘don’t think of a black cat situations’ where they are implanting the idea that once the people who call for gun control start speaking they are in fact turning people’s suffering into a political agenda.

The second thing this statement does that is more obvious is that it tries to delay any real debate or conversation on the issue by making it seem like you are being mindful of the families and people effected by what has happened. In reality they are hoping that something else will occupy the news cycle and therefore deflect from the real situation at hand, and, as we all know, with everything that happens in the short attention span of the US media, more often than not, people let things go. Outrage and activism gets replaced by apathy and complacency. Each time a mass shooting happens there is a flurry of activity and protests and a small about of debate, but the energy fades and people move on to something else.

The second crafted statement is the ‘5th amendment rights’ tagline. Over the last few years, even I, as an outsider with no particular horse in the race, have noticed that in previous years the conversation was about gun control. Soon it became gun regulation, and now its about 5th amendment rights. All this serves to do is re-frame the situation in a different light. If someone says gun regulation after a shooting most people who are logical will engage in the conversation and see the reasons, but the minute you start using the word ‘rights’ you polarize people and more than that you have people fixated on the rights word and prepared to go to any lengths to protect what they feel they’re entitled to whether they are a gun advocate or not. There’s a great joke in an old episode of the Simpsons where there is a Tex increase needed, but rather than using the phrase ‘tax hike’ which people will react negatively to, they call it a ‘temporary refund adjustment’. At the end of the day all of this is just spin, and yet another attempt to push the people on the fence in the wrong direction. Linguistics and persuasion seem to have more effect than common sense or even the image of murdered children on the news. 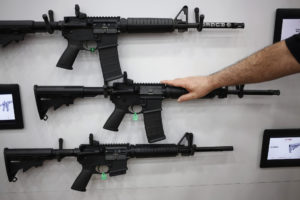 So let’s face it, this issue is predominantly about money. The gun industry in the United States is a multi billion dollar industry annually, something like 30 to 40 billion, and groups like the NRA and others spend ten’s of millions supporting and even contributing to supportive and sympathetic Senators, representatives and more. Without wanting to over step my bounds, to the rest of the world, the power, influence and control organisations like this as well as the tobacco and pharmaceutical lobby’s have seems absurd. It feels like the politics in the US have become the largest legal system of corruption and corporate influence in the world.

As long as politicians can and do take huge sums of money from these pressure groups the situation can never change. It’s like the criticism people sometimes have about big football clubs. More money means buying the best players and winning more which means more money. It’s often not about the people or the public in both cases, but keeping this cycle of profit going. If a group can afford to give a friendly senator $10 million to keep deflecting the conversation about gun control and therefore prevent their own bottom line from being affected, and this is considered completely above-board, if not morally, but at the very least legally, you can be sure they’re going to do it and keep doing it.

As a final thought, to those people who make the argument that cars kill thousands and why don’t we ban cars? This is ridiculous. Cars are built with the primary purpose of getting people from A to B. Guns are built to kill. Lets stop this silly analogy and the guns don’t kill people discussion. Yes, people are careless behind the wheel and this is about enforcement and education, guns should have no place in day to day life. A car when handled right does its purpose and no one dies. A gun when handled right or wrong does its purpose and people do die.