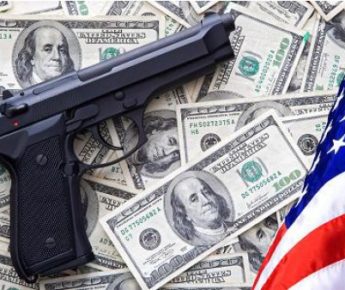 by ambyrne
Feb 24
2018
OpinionUS – More sticks on the playground, more money in the pockets

Some in the media in the US are hoping that the latest mass shooting in Florida might finally change the conversation on gun control from non-existent to at least something resembling common sense, and that this time around some sort of compromise can be reached where, for the most part, people are happy. With movements such as ‘me too’ and other sweeping changes you’d be forgiven for thinking that things were looking up, and then, in the midst of everything, the commander-in-chief suggests that they turn educators into a standing army. Sure, that’s what the situation needs. More guns.

It feels strange for me to write about this topic again given that I’ve said before I try to avoid politics, yet I feel like the only way I can make sense of what;s happening is to at least, for my sake, get some of my thoughts out even if I’m way off the mark.

Trump is advocating that teachers in the US should be armed to prevent future school incidents, as if giving more weapons to people who are untested in an already tense and terrifying situation is the answer. In the rest of the world kids worry about grades or popularity, or wearing the right clothes to fit in, all of which are stressful enough at that age, but now in the States they are told they need to worry about being shot by their class mates with weapons of war, and their leaders, instead of removing the guns from the hands of those potentially unfit to use them are proposing giving arms to underpaid teachers who have enough to worry about without the added burden of being defacto prison guards. And let’s make no mistake, between guns, metal detectors and ‘hardened areas’ this is what schools are becoming in America, prisons. 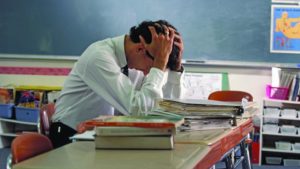 Teachers are already overworked without having to become soldiers too

Let’s be clear, if two kids are fighting in the playground and one of them picks up a stick, the solution is never to give the other one a stick to defend himself with, you take the stick away. Instead of this logic, Trump advocates giving a small stick to an already overworked professional and effectively telling them that in an active shooter situation its their responsibility to act. The argument that this will somehow be a deterrent to someone who is mentally ill and intent on carnage is naive at best and insane at worst. To top this all off, they are being told they’ll have the smaller stick in this situation.

Over the last 48 hours or so we’ve seen some positive news though. Many corporations are backing away from the NRA and forcing the conversation to continue. While this may fizzle out in the days and weeks to come we can hope that at the very least people will keep talking. The reality is though we may well have to put our faith in the next generation to solve, or even tackle this problem.

It’s been pointed out several times in the last week or so that the age of the shooter is of particular interest. The fact that someone so young, who in many states can’t buy alcohol, can purchase with relative ease such a destructive device is truly terrifying to the rest of the world, but seemingly this pales in comparison to the need to preserve everyone elses right to buy rifles and other powerful weapons. The pro-gun side is arguing that making things more difficult for one party is a slippery slope to removing everyone’s rights, but let’s be frank, with an estimated 270 million guns in circulation in the US, if left unchecked, this is a slippery slope to too many futuristic movies or post apocalyptic nightmares.

You may argue that I’m being dramatic and imagining the worst, but America is looking more and more foolish and childish in the eyes of the rest of the world, and yet are brazenly clinging onto the notion of being the greatest nation in the world. There’s so much to love about the US of A, and I know there is a huge majority of people who are on the side of logic and rationality, but the people on the other side, although I believe are the minority, are the ones with the power, influence and money.

One journalist pointed out that at the moment the adults are acting like children and the children seem to be the only ones acting like adults. The students from Florida have done something amazing in the way they have united, mobilized and voiced their opinions. I couldn’t help but be inspired by some of the voices who, will still grieving, mustered up their courage and said ‘no more’ and I call ‘b.s.’ The response from the detractors? The are a front for some hidden political machine. They are children, so how much can they do? Or even the idea that they are actors and this is all staged. 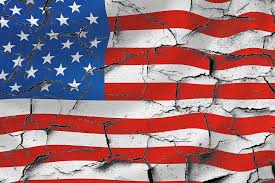 Too many cracks in this great nation?

There are so many things going on following this tragedy its difficult to keep all the perspectives clear in my head, and everything gets clouded and muddled further by so many voices each with their own agenda. This is the problem though, it’s about agendas.Whether its political or financial there’s an angle for most people, the notable exception being the victims and their families, but I worry that, as with so many things they will be used as pawns in the game rather than as symbols for what the US should do.

While the NRA and the pro-gun lobby would like to move the conversation on to something else to distract from the control question the rest of the world looks on and wonders what in truth is happening on that side of the world. For me, I ask the question almost daily now, what next? In asking this I don;t mean with this particular issue, I mean what is the next ridiculous thing to happen in the US. Sure every country has is share of news and events, but America just seems to have become a twisted reality show of farcical levels when kids being gunned down doesn’t instantly call for more sensible laws and protection for the innocent.