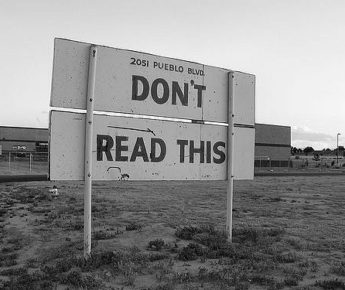 by ambyrne
Mar 19
2018
Lifestyle, OpinionDon’t read this post, go out and do something

Okay, maybe read a little bit, but you don’t have to read the whole thing. We’re all guilty of setting unrealistic goals for ourselves. We’ve all had ideas that we thought were going to be the best thing we’ve ever done, and yet, more often than not, we don’t follow through. Perhaps we keep saying to ourselves that we have not time, or there’s other things that need to be done first. Maybe it’s even a fear of not having the stability or safety if we move away from what we know to try something new. The truth is that there are very few among us who haven’t played around with the idea of setting up their own business, or writing a book, or publishing our art work in a gallery or whatever, and yet few carry out the idea or even start. Why is that? 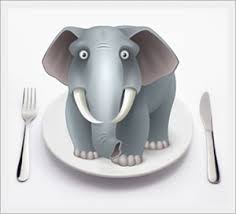 You can’t do it all in one go, it has to be one bite at a time

Yes, life is going to get in the way. It’s tough to find the time to sit and write that novel you’ve been thinking about, or look into getting finance to open your own café. The issue is that, in the majority of cases, people don’t even take the first steps because they keep making excuses to themselves or feel like the task is insurmountable. This is when the old saying, how do you eat an elephant comes in. Many people I talk to have grand plans and ideas, myself included and there is risk involved in everything, but there’s a much bigger risk in not trying and keeping that regret for years on end.

So what am I saying here? Well maybe your idea really is a good one, maybe all you need is to take the first few steps and you’ll be most of the way to success, or, as complete contrast, you might start going down the path for your idea and realize that it’s not worthwhile, or not viable. The only way to know is to do something.

Here’s the biggest challenge though, the fear. Fear factor prevents us from trying our plan or idea because we might fail, or we might decided that we’ve wasted months thinking about a business or side hustle, and when we get going we find out very early that it isn’t going to work. This can be worse believe it or not. I’ve talked to people who genuinely don’t want to try something because they’re worried that it won’t work out. Take someone I know who has been itching to write a book for as long as I’ve known her, and yet she keeps putting it off, even though she has time and ideas, because she’s afraid that people won’t like it, or publishers will reject it, or she’ll discover that she’s not as good a writer as she thinks she is. So she sits on the concept and lives with that little voice in the back of her mind that will probably eat away for years.

It may sound obvious when it’s said out loud, but the only way to know is to get out there and try. There is one piece of advice I can give to you though. Don’t try to eat the elephant all at once. Often when people are considering their idea or concept they think big picture, which is fine. Having a good over view of how it all will come together is great, but often this can seem like a mountain to get over before you’ve even started. Baby steps are the way to go. One piece at a time. I could continue spouting truisms but you get the idea. And this isn’t limited to starting a business or becoming a published author, it’s true of all goals.

Someone once told me that if your measure for success is completing the novel, or getting that business running and profitable, then sure, this is really tough and the likelihood for failure is really high, but supposing, just supposing, your benchmark for success is just writing the first chapter and seeing how you feel about it, or doing some market research on a Saturday, suddenly the goal is much more achievable. Breaking it down into smaller chunks and marking each piece as a goal and a mark of success all of sudden you have bite-size pieces that eventually will add up to the whole.

All of the above is really obvious, but sometimes we forget and get so wrapped up in what we’re doing that we fixate on the final product or the end point rather than the steps to get there. Now, this isn’t to say that every idea is going to be a success, but you won’t know until you at least take the first chunk, and who know’s that might be enough to satisfy that voice in our head and we may stop just there, or we might get a burst of energy and feel more confident that we’re on the right track. We might still axe the whole thing after the first step, and you know what that’s okay too. Better that then regretting doing nothing 20 years from now.

I’ve tried may ideas, businesses, products and so on and so forth with varying levels of success (or failure depending on what way you look at it) but the key thing is that I’ve at the very least put my proverbial money where my mouth was and gave it a shot. This is even more important when things aren’t going right believe it or not. In the last few years, even in ups and downs, I’ve continued to give my ideas a try, sometimes to keep myself occupied, sometimes to see if they are viable ideas, and this shut up and try attitude has helped when things haven’t been perfect. These blog posts being a great example. They’ve helped me refocus, and the benchmark for success at first was to write the first, then get to 5, then do a defined series, and now it’s to get to 100 posts (currently at about 80).

So here’s the ironic bit, rather than sitting reading stuff online about how to start a business, how to learn a foreign language, how to play the guitar, write a book or whatever, go out there and just start. While you can learn techniques from reading about others experiences, or even get motivated by others’ stories, there’s no substitution to doing it yourself, for better or worse, you can own that.