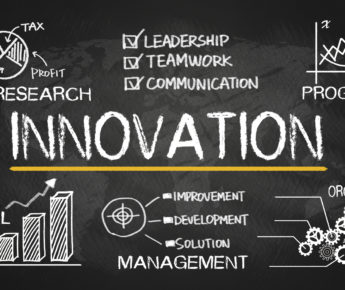 There are some industries that you don’t typically think of as being innovative, for example you may think that the only change in the dairy industry in the last 50 years is moving from glass bottles to paper cartons, and in truth you’d be forgiven for thinking this at times. Let’s begin though with what I mean by ‘innovative’. The reality is that every business in every industry is always looking for ways to make their lives better or their jobs better. Whether this is new equipment or processes, or easier roots to market, businesses evolve and change, but is this the same as being innovative?

We need to be a bit more strict on the use of the word innovation when it comes to business. In my books, getting the newest machinery or updating a complex system is, for the most part, iterative rather than innovative. Sure, it might be a big departure for the company in question or the industry as a whole, but it makes it too easy then for everyone to classify themselves as innovators if we set the bar very low and allow them to wear this mantle simply making a logical step or improvement in what they are doing.

Innovation needs to be a marked change from what was done before, and needs to be, for want of a better way of putting it, challenging and at times even uncomfortable. If a company or business can make a change easily and with little friction, then it stands to reason that this is an iteration as opposed to an innovation. Why the distinction at all? Well because innovation is what jumps you ahead of the competition and keeps you from becoming stale or obsolete in your industry.

We’ve seen recent examples of big businesses failing, most notably in the last few days the giant that was Toys ‘R’ Us. It would be easy to say that they failed because people shop online and get the same thing cheaper, but in truth they missed something else vital. The Disney Stores are constantly busy and do phenomenal business. Why? Because they realized that, yes, kids can get things cheaper online, so they focus on the pageantry. Going to one of their stores is an event. They’re welcoming, they’re colorful and there’s always life and activity. Toys ‘R’ Us are giant warehouses masquerading as toy shops. Sure there’s selection, but there’s little to no atmosphere.

This isn’t the only factor that contributed to their downfall, but the crux of the matter is that they didn’t even stay up to date, let alone try to innovate with something you couldn’t find at another toy store. This, combined with out-of-town locations meant they just couldn’t compete. Yes, things like online shopping and technology have an impact, but we can’t keep using this as the excuse as to why traditional businesses fail, we need to take some responsibility for not getting out in front, or offering something unique. 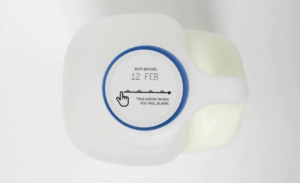 Bumpy food labels could tell us when our food is off, an innovation on a simple idea

On the flip side of this I came across one innovation this week that really caught my eye, and it brings me back to the dairy industry. Use by labels. They’ve been a common sight on most food products for decades, and something that we all probably don’t give too much thought to until we smell something slightly turned at the back of our refrigerator. These little stickers haven.t changed all that much over the years, and to this day there are people who still hesitate over sell by, use by and best before dates.

Probably, like most people, you air on the side of caution when it comes to perishable food, and this is probably not a very bad thing, food safety being so important it’s natural that we’d more than likely throw something out rather than risk getting sick or worse. There is a problem here though; this leads to a huge amount of food waste, as in millions of tonnes per annum. Not only does this mean vast amounts of money gone, but it adds to our rubbish problem as well as draining resources needed for people and countries in need. If we could be a bit more informed, maybe we wouldn’t dump so much.

And so with that in mind the dairy industry is experimenting with a new type of label that will more accurately let you know when a product is no longer safe to eat. The idea is to have an enzyme under these stickers which degrades as the product degrades and, when the product has really gone off, the label becomes bumpy to indicate that it should not be consumed. Potentially this could add to the shelf life of products, reduce waste and even prevent people eating spoiled food by mistake. 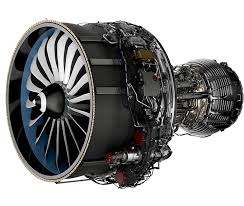 This doesn’t have to be so pronounced or technology driven though, Industry can innovate by radically changing processes also. I read an example of a manufacturing company that instead if spending years developing a new product, mass producing it and marketing it and potentially ending up with something that wouldn’t sell thus costing them time and money, created one prototype in a lab and gave it to an existing customer at a loss. This process took months instead of weeks and they were able to field test the product before going through the entire product cycle.

Yes, this was done at a loss, but a significantly less financial burden than if they had done their traditional process. This innovation was a leap of faith for everyone involved as it meant bending or even ignoring their traditional methods and structures,  By doing this though they were able to beat a competitor to market and see how well the product would work in real life while only spending a fraction of the time doing it. Innovation in this case was pushing the boundaries, but ultimately paid off.