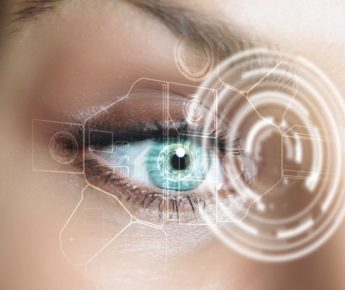 by ambyrne
May 28
2018
Opinion, TechnologyTechnology is in the eye of the beholder

While wearable haven’t had the impact on the public and even in the technology space that may were hoping for there is still hope for electronics that are on our person or even embedded within us. From chips under the skin to fitness bands there’s no shortage of different ideas that are being researched, but recently on area has really come to the forefront; the eyes. For so many people the use of the contact lens has been a more subtle and effective alternative to glasses, and technology companies have taken note of the potential sci-fi potential there.

We’re used to seeing movies where the hero or villain uses a special pair of contacts to record some incriminating footage or by-pass a security system, and for the longest time, most people believed that this type of technology was genuinely out of the realm of possibility due to size, power and impracticability, but the truth and fiction lines are being blurred every day. Sure, you’re probably thinking that wearable technology hasn’t taken off as it should, and in truth the Google glass offering was all but a complete failure. At the same time though ideas like these have found new life in places like the far east where cops are using them to connect to facial recognition and ID suspects and tag persons of interest. 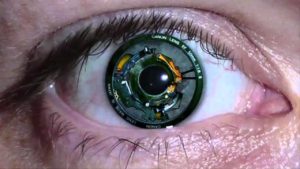 So the apatite for these devices is there, perhaps not with the general public, but for law enforcement and other areas they are a definite interest. So what’s the next step from the Google Glass or head mounted option? Contact lenses. Scientists have, believe it or not, developed a contact lens that is capable of emitting a small, low powered laser light. Superman eat your heart out. While they are only prototypes, the proof of this concept using nano mesh membranes less than a thousandth of a millimeter thick means that future developments are no longer theoretical, but only a matter of time.

Let’s be clear, you’re not going to be melting through a sheet of metal or heating a robbers gun with your eyes any time soon, but this could be the next step in security. Using one of these contacts you could trigger a sensor or other device just by looking at it. Not the up close and personal you expect from a retinal scanner, but just a glance could be enough to unlock your door. This isn’t the limit either. Now that we are capable of embedding technology this small and unobtrusive onto something as delicate as the human eye, the ideas keep coming.

Several companies have filed for patents on contact lenses that have the capability to ‘zoom’ like a camera lens, and would allow a wearer to magnify or see something far off as though they were looking through binoculars. I’ve talked about technology being used to augment the human body before, but this is interesting because not only does it allow for discrete modification, it would be potentially temporary or removable. Unlike something like a microchip implanted under the skin, you could take these out at night.

Now were only really waiting for the different concepts and technology to merge and combine. In theory, and again some are already working on this, you could project a PC screen straight onto your eye or even to the optic nerve that only you can see and be reading email on the go or checking someones face against your contact list if you pass them on the street. A ‘wearable’ screen that only you know is there certainly wouldn’t cause the same kind of reactions as the very obvious Google Glass did.

Obviously there will be the conversation about privacy very quickly with this technology. Could someone be filming you or worse just by staring at you in the next few years? Would you know they had an ocular device and would they have to tell you? Do you really want to be able to relive the details of that drunken night out you had last weekend? While the potentials of the technology are immense, there is a huge danger with this one. I remember when camera phones first came to market many people, upon seeing you with one, said they did not want to be captured. Nowadays they’re everywhere, and although people still resist being caught on camera from time to time, we’ve become much more comfortable with them everywhere, or maybe they’re just so integrated we’ve learned to tune them out of our conscious minds. 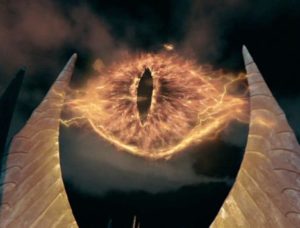 We’re not quite at the all seeing eye stage yet

The idea that you are being constantly watched by CCTV and surveillance is probably buried in the back of our minds somewhere, but it’s happening, we’re just choosing to ignore it. We also have the mindset that this is in public spaces where we’re more guarded with our actions, but what about a friend filming you or recording a conversation in private by just looking at you. This to me seems like an almost inevitable outcome if this technology becomes widely available and is much more invasive than the security camera in the corner of the cafe. For starters they are looking to record when things go wrong and focus on those responsible, but a ‘eye-cam’ could be focused on you and used by those close to you, whether maliciously or not.

Lets take a step back though from the eye of Sauron for a minute, as this isn’t the only potential of this technology, there are huge medical possibilities from augmented reality in surgery to a lens that could measure the glucose level in your tear drops thus helping people suffering from diabetes. If you are one of the millions of people who have the condition, a device that constantly monitors, displays real-time information and reduces the need to prick your finger and test the blood levels would be a huge leap forward. Whatever the uses, the drive to more microscopic and truly wearable technology is fascinating, but it’s very possible this is one watchful eye too far.