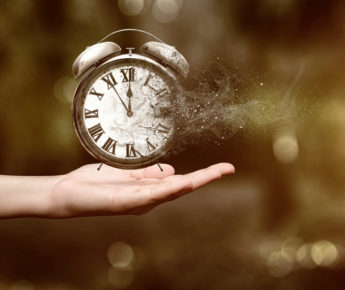 by ambyrne
Jul 10
2018
Lifestyle, OpinionWe all want more, here’s the secret… we’ve already got it

Much as I’m not into sports one of my favorite movies is the classic American football movie Any Given Sunday. If you haven’t had the chance, its one of those movies that might initially put some people off with the premise, a jaded coach trying to pull his team back together and get them over their rivalries and differences and ideally, in the cliché, ‘leave it all on the field’. Sports movies sometimes miss on a wider audience I believe by the fact that they don’t highlight the similarities in what the athletes go through and business or even everyday life. But this one is worth your time. 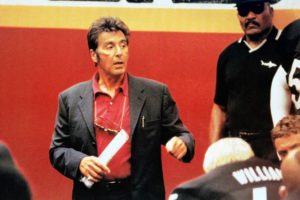 The inches we need are everywhere

Here is what I love about this movie, it has one of the most inspirational speeches ever committed to film in the form of a monologue by Al Pacino at one of his best moments, trying to pick up his team as they enter half-time down trodden and looking like they are on the point of defeat. It’s one of those talks that, had it been delivered by any other actor or in any other way would have fallen into the realms of just plain silly and over the top, but the score slowly building in the background as well as Pacino’s character showing vulnerability and humanity before hammering home the main points really holds it together.

The important and key fact that the coach wants to convey is that the inches and moments we need in life are all around us but most people either miss them or fail to take advantage of them. It’s this that got me thinking the other day about this idea that everyone is looking for ‘more’. In one form or another everyone seems to be looking for or striving for more of something. Maybe its more money or more attention, more stuff or more living space. Everyone seems to want more of ‘something’.

His character explains that everyone is so preoccupied with the big plays or the large moves that seemingly make up the game and end up winning trophies, but the reality is much simpler because all of this is made up of inches and moments. One second too early or too late you don’t quite make it, one inch to far forward or backward and you don’t quite catch it. It’s these inches that make it up. It’s these inches he explains are all around us and make up the game, and in turn make up life. That’s football guys.

While I’m clearly in danger of turning this post into a story of breaking challenges down into chucks and tackling each piece to achieve the whole, I want to stay a little more general and a little more broad. My take away was somewhat different and really got me thinking about what we all want more of, in spite of the fact that we all have the same amount; time. It’s one of the only commodities in the world that is a universal invariable and, by definition the same for everyone. A true leveler and equalizer and yet how we use it is very different.

I’ve caught myself time-wasting in the past, and even in recent days and I’m expending more effort to reduce these occurrences as it’s really time that is really valuable. While everyone wants more stuff and more money, how many people can honestly say they’re putting the ‘time’ in to get these things. I’m not saying people don’t work hard or don’t earn what they’ve got, but all too often, particularly in todays ‘everything now’ climate, people aren’t willing to put the real effort in. sitting back and waiting for something to happen is obviously useless, but so too is using the time unwisely, or wasting it.

The real secret is that everyone has the same amount of time. No amount of money or power will change that. Sure you may have an easier life or have less financial worries, but you still have the same length of time for everything and therefore the same potential exists in each of those minutes. I’ve found myself in the last few months with my time being allocated very differently due to work and family life and it’s got me re-evaluating how I use this time. 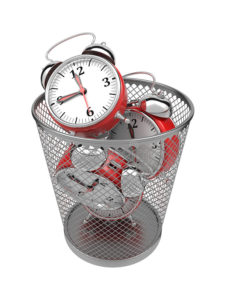 We can’t get back the time we waste

I’m a huge movie fan, and for me, spending 2 hours or so watching a really interesting story is a good way to use the time, but it’s not going to help me if I need to get some piece of work done, (unless I can quote it in a blog post :P) And those lie in’s on a Sunday morning might feel great but could be used more effectively even if I opened a book while I rested there and learned something new.

I don’t want to take away from ‘free’ or ‘leisure’ time as these are so important also, but the idea of ‘wasted’ time annoys me more and more as I get older. There are so many things we all want to do with our lives and procrastinating and putting them on the long finger isn’t going to make them happen any faster. Today, I got up earlier than I needed to and got my list of tasks done for the day before lunch time (again with the exception of this blog post) And there was a huge temptation to sit back and relax. Instead I kept going and started to work my way through tomorrow’s work as well as starting a new piece of learning that I had meant to get to.

I felt energised and not only that I could see how valuable this commodity of time really is. I now want to keep using each hour and each inch as best I can, not only to be more productive, learn more and advance my career, but also so that none of these things will eat into my personal or family time. Everyone has the same number of minutes in the day as the next person and instead of dwelling on why someone is doing better than you, why not focus on what you can get done in those very same hours. That’s football guys, that’s all it is. Same as with life.