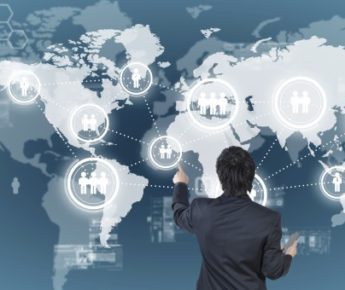 Living in Ireland I’ve always been struck by the fact that it seems that little bit more difficult sometimes to get the products and services that I’m looking for. This isn’t something new. Since I was a child and wanted to join the Lego club I found challenges based on the fact that I was considered in a different geographical region to the majority. The back of the manuals had addresses for most places in Europe but for Ireland we had to write to the UK, which aside from being frustrating, meant that I paid more and had to go out of my way to include additional details as well as, at times, UK stamps.

This wasn’t the only instance. Often I was looking to order products that would ship to Northern Ireland, but not to the Republic, even if I was willing to pay more. Over the years and the increase in online shopping and e-commerce, this has become easier, yet for some reason there are still many businesses and companies that for one reason or another will not provide service to where I live. Sure, this could be because there are issues with shipping etc, but in many cases this unwillingness to serve seems arbitrary.

Don’t get me wrong, I’m not looking for special treatment because or where I live, but for me the whole purpose of the world-wide web is that things are truly global and the restrictions and geographic issues become less and less, and yet I still face challenges. This isn’t just the case with Ireland. I’ve friends in other countries, both European and beyond who can’t understand why geographic restrictions hamper what they want. There is the argument that there are, for example with Netflix, licensing issues around content such as movies and everyone wants their rights protected, but this should not apply to most products and services. 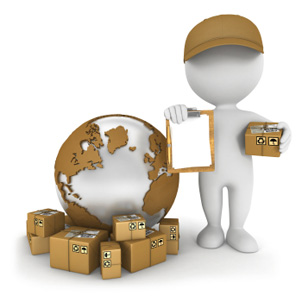 With the internet surely my location shouldn’t matter

A clearer explanation to customers as to why there are issues with region and why certain things are unavailable would go a long way to relieving some of the frustration buyers. Don’t be fooled into thinking this problem is limited to the smaller companies who may find it difficult to serve people who are far afield or the areas like above where there are legal or regulatory barriers in place. Sometimes the cause of this is just self-imposed by the companies in question. Companies that want to be considered ‘global’ businesses, all too often focus disproportionately on their home market and the rest of the world seems like an after thought.

Take Amazon as a prime example (there’s a terrible pun in their related to the premium service, but I’ll try to not make too many like it). I’m a huge fan of Amazon in general, from their services, their innovation and overall business model there’s a lot to admire, and yet at the same time, there is a huge issue that has always bothered me about them, segregating their services by region.

Anyone who knows me will know that I’m an early adopter of technology and when I first heard about Amazon echo I was hell for leather going to get one. Thus started a list of challenges and obstacles which Amazon argued were meant to make my experience better, and yet has meant the opposite. To start with, they only released the devices in the US market initially, and I can understand that for manufacturing etc this probably makes sense, but shortly afterwards they decided to launch in the UK market. Great I thought, I’ll order from Amazon.co.uk, but no, could not deliver to Ireland.

Fine, I reasoned, I have a PO Box I can use, although I’m adding to the cost, to get the device shipped first to Northern Ireland and then by courier to me in Dublin. For most people this seems like a lot of effort to go to for a gadget, but setting that aside I did it and I had my toy to play with. After a few months life got easier and the Echo service and the devices became more available but the challenges didn’t end there. 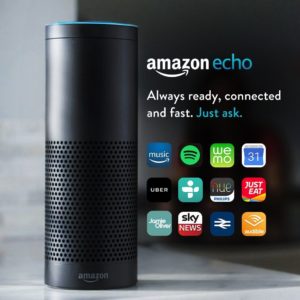 Amazon Echo doesn’t seem to like where I live

I’ve used many Amazon services over the years such as Kindle, Audible and more, as well as other services such as Spotify and TuneIn from third parties. The reason I mention this is because all of these are supported by the Amazon Echo, so in theory I could play my music, books and more as well as controlling my lights and other devices using the Alexa assistant service. All of these services have something in common though, they expect you to enter your region when you sign up, and therein lies the issue. Although I can legitimately use each of the services and devices in Ireland once I tried to tie them altogether for my smart home my Alexa account complained. My Audible account was .com which was considered US region, my Spotify was listed as Ireland and my Kindle .co.uk.

All of these services worked in isolation, but once I tried to combine everything I couldn’t get them all to work as there were different regions and locations. I could get 2 to work together, but adding a third would change my location settings and undo this. The technology here has decided arbitrarily that as the areas don’t match, these services won’t work together. This to some may seem obvious, but to me, from a global company like Amazon seems ridiculous. In the long run I did get the issue sorted, but it meant dealing with 2 different customer care teams from Europe and the US, both from the same company as each side could not deal with the others region. I even had to go so far as to close some accounts only to reopen them again with new location settings.

This is one example of how these giant multinational companies seem to forget that they have a market and client base outside of the US and that, legal issues and regulations aside, there is still a disconnect between the service they provide to their ‘home’ customers and those away. What’s most frustrating is that most of the companies I’ve had this experience with have European offices and even headquarters here in Ireland. If these enterprises want to be viewed as global, they need to provide the same level of service as well as care to all their international customers regardless of region.